The last time we saw Suhaila on film was her deliberate, architectural, and experimental choreography on Dances for the Sultan. There she had just begun her innovative work of integrating hard contraction isolations and jazz dance footwork into the belly dance canon. Her musical interpretation was intentionally experimental, deviating from what a dancer from “over there” might do with the same music. When we see her two years later in 1991 BC, and the difference time makes is striking.

But first, let’s talk about the production itself.

1991 BC was filmed at Cabaret Tehran, which at the time was one of the most popular Middle Eastern nightclubs in Los Angeles. At the time of the video’s filming Suhaila had been a featured dancer at Cabaret Tehran for several years. But because of budget constraints, the man responsible for lighting her live shows also ran the lights for the filming… and the lighting for her live shows became the lighting for the video recording. Suhaila did not re-take the performance, because she and the crew only had the resources and time for one take. No do overs. We’re stuck with the multi-colored party lights and the fog machine.

And, of course, we can’t over look the dramatic entrance via sarcophagus (which was, apparently, more Jamila’s idea than Suhaila’s) or the feather cape, which was all the rage in the late 1980s and early 1990s. Just look at the fabulous Fifi Abdo.

But if we look past the production values, we can see a huge technical and expressive leap in Suhaila’s dancing since her last performance video, Dances for the Sultan.

Suhaila Format in the Spotlight

The last time we saw Suhaila on video was In Dances for the Sultan. There she uses her mother’s format very deliberately. Steps like Running Choo Choo and Singles on the Up are obvious. Counterclockwise Pivot appears in its default form. Circle step is unadorned and without layering. The movements are straight out of the Danse Orientale manual, with only a few experimentations in what Suhaila calls “Jamhaila.”

However, in 1991 BC, literal Jamila Format steps fade into the background to make room for the jazz and lyrical fusion that makes the Suhaila Format so versatile and expansive. Yes, the 3/4 Shimmy on the Up appears repeatedly, but the layers that come along with it make the original Jamila Salimpour step barely recognizable. She layers the classic 3/4 Shimmy on the Up with interior hip circles, and the 3/4 Shimmy on the Down with undulations down-to-up over an in-out-place foot pattern with wrist circles… which appears in “Yanna Yanna” a few years later.

This performance heralds the vibration as we know it today—a movement Suhaila developed herself. While it made a minor appearance in Dances for the Sultan, here Suhaila demonstrates its musical versatility. She layers pelvic locks, squares, and other hip movements underneath it, while highlighting drum rolls and other melodic and rhythmic phrases. In addition, Suhaila Format pelvic pyramids and Vs feature heavily here, particularly over the rhythmic breaks in “Zay al-Hawa” (around 3:45), in which they are set over foot patterns that match the strings, while the hip work accents the percussion. We also see the further integration of jazz and lyrical dance, complete with fan kicks, chaine turns, and push turns. These technical elements are articulated so seamlessly, that the viewer has no inkling of their difficulty. And that’s the point.

The intricate layering of this performance showcases a mastery of technique that Suhaila had been refining in her regular nightclub performances. With plenty of time to experiment, she has a command over her body previously unseen. Her upper body is more free, and we see her characteristic head release at the end of undulations down-to-up and as a bridge between phrases. Intricate technique flows effortlessly from her body. She no longer has to think about each movement, as she did in Dances for the Sultan. Indeed, this performance is the bridge between the architectural simplicity of Dances for the Sultan and the sophisticated polyrhythmic musicality of Unveiled, and later in Suhaila Solo. Indeed, her musicality has matured, with the music appearing to react to her body rather than the other way around.

“You have to do the homage…”

In the Live Music workshop this past January, Suhaila emphasized that we must be familiar not only with her own body of work, but those of the great dancers from the Arab world. When the band plays certain songs or drum riffs that the great dancers in history have made famous, it’s imperative that we, the new generation, pay tribute to these women in our own shows. Certain performances are iconic, such as Nadia Gamal’s dramatic pelvic pyramid walk and Nagua Fouad’s heel bouncing drum solo. Suhaila told us, “You have to do the homage.”

Nagua Fouad, one of Suhaila’s biggest inspirations, was famous for her theatrical stage productions, complete with elaborate sets, back-up dancers, and costume changes. Suhaila’s entrance through a sarcophagus could be considered similar to Nagua’s famous litter-bown entrance to “Set El Hosen.” And during the repetitive “doums” of the first drum solo at around 12:30, we see her paying tribute to Nagua Fouad’s drum solo in a similar style. Standing in one place with loose rib cage locks and quick, direct arm movements on the drum accents (all over a vibration). In this drum solo, too, we can see a little hint of Mona El Said’s West African-style drum solo, performed in the “barely there” gold lame tube top.

We also see the Nadia Gamal’s influence in 1991 BC. One is that Suhaila choreographed the taqsim sections of the sets, which Nadia Gamal had famously done in her own performances. Typically a dancer would improvise, as the musician would also be improvising their solo. We also see her influence in Suhaila’s extensive use of floorwork. Nadia was famous for her use of floorwork, particularly when performing a theatricalized zar trance ritual. Indeed, in “Tamr Henna,” Suhaila also performs free-flowing head and upper body circles and sways akin to Nadia’s.

Planting Seeds for the Future

Those who are more familiar with Suhaila’s choreographies might notice a few familiar phrases and combinations. In these pieces, she plays with fragments and movements that appear in her later choreographies, even through the most recent dances in Enta Omri.

She walks forward with pelvic pyramids fulltime downbeat front, her arms reaching forward, palms up in a kind of “come here” gesture (33:40). We see this later in the second section of “Accessible.” She performs a jazz passe, with arms that windmill into a hand flip down, then touching and twisting her hip as she juts her elbow. This, of course, appears not only “Bongo Funk,” but also Enta Omri’s “Zay al-Hawa” and “Lissa Faker.” In the extensive floorwork of the second performance, Suhaila starts in a Turkish Drop position, seated with her feet tucked underneath her, and she performs the classic upper body circles (27:35) that appear later in “Yanna Yanna” and the sword dances of both Bal Anat and Scheherezade. Another “Yanna Yanna” fragment you might recognize is the 5-Count with interior hip circles and 3/4-3/4-Single-Single-3/4 glutes (7:15). And around 34:35, Suhaila does eight counts of a Leg-Out Whip Spin into eight counts of 3/4 Shimmy Spin, a sequence seen later in “Bongo Funk.”

For those who have not yet seen Enta Omri, Suhaila’s most recent full-length production, the next seeds might not be so obvious. Both “Zay al-Hawa” and “Bahlam Beek” on 1991 BC include phrases that would later show up in the dances of the same name in Enta Omri. The opening chaine turns of “Zay al-Hawa” and the low kick, pelvic lock, rib lock, undulation, figure-8 front-to-back of “Bahlam Beek” still survive in the current iView Postncarnations of those dances. When we look at Suhaila’s work as a continuous whole, we see the threads and links between choreographies.

The strobe lights, fog machine, and feather cape of 1991 BC might seem cheesy and dated today, but if you look past them, you can see the solidification of a format and technical approach that would change belly dance around the world. 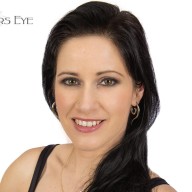