Cart
Dance Now: Free 7-Day Trial
Certification Program, History, Salimpour School
Of course, we’re a little biased, but we think that Jamila Salimpour’s format revolutionized belly dance practice, teaching, and understanding around the world. Her and her daughter’s careful cataloging of steps by dancers from a diverse range of styles and regions has left us with a versatile and comprehensive collection of movements. But when you’re as an influential and sometimes controversial figure as Jamila was, a few myths are going to pop up. Here are some of the biggest myths about Jamila and her belly dance format.

While Jamila herself was born in the United States, it’s important that we remember that she was the daughter of Sicilian/Greek immigrants, growing up in an isolated Sicilian immigrant enclave in Harlem. She didn’t speak English until she was five years old. Sometimes she’s referred to as “American,” with the implication that she was just another hippie doing belly dance in the 60s. Sicilian culture at the turn of the century had many affinities with North Africa. After all, you can see Tunisia from the Italian island. And the little city state has been a cultural and trade crossroads for centuries. It’s easy to think of it as “Italian,” but even after unification in the mid 19th-century, many of the cultural enclaves in the country preserved their customs and dialects. The cultural norms, superstitions, and ethos of Jamila’s Burzi family certainly had more affinities with Eastern Mediterranean culture than generic white American culture. And when she moved to LA, she was welcomed in the many immigrant communities there, which included Arabs, Greeks, Persians, Turks, and Armenians. She was hardly “American” in the generic, Leave it to Beaver sense of the word.

2. The Format is easy

Most people want to take the Jamila Format and never take the Suhaila Format. One of these reasons is that they think that the Jamila Format will be easier. After all, many of the steps are familiar, and most dancers have done some variation of a few of them. But it challenges your posture, technique, stamina, musicality, listening, and endurance. And there are far more steps than most people realize. In Level 1, there are 20 steps in just the Basic Egyptian Family. This isn’t to try to drive people away from the format… it’s difficult because the standards are high, just as Jamila wanted.

3. The Format is “tribal style”

Of course, Jamila and Bal Anat are often mentioned in the same breath, as they should be. The long-running dance company is one of her most visible and influential legacies. And Bal Anat was often considered the first “tribal style” belly dance company because of its look and feel. Even today, the cast wears rich colors, textiles, and heavy jewelry, which had been adopted by dancers later on who called themselves “tribal” style. Each dance in Bal Anat is performed by a group of dancers, while the rest stand in half circle behind them, much like the classical corps de ballet or even a bit like a hip hop cypher circle. But the format itself is not “tribal style” belly dance in the way that the term has evolved to mean for us in the 21st century. In addition, the belly dance world is realizing that the term “tribal” isn’t appropriate for what they do anyway. The steps in Jamila’s format are quite versatile, and are drawn from a variety of stylizations, regions, and time frames. The Basic Egyptian Family, for example, is far closer to the Golden Era Egyptian cinema dancers than 1990s improvised group belly dance…. because that’s where Jamila first studied those movements. So while many improvised group belly dance (and other extemporaneous group styles) use Jamila Format steps as a foundation, like Basic Egyptian, Counter-Clockwise Pivot, and Running Choo Choo, the format as a whole is not limited to tribal style.

In the belly dance scene, particularly in the fusion community, there seems to be a sense that Jamila’s format is stuck in a certain time period, that is, the 1960s and 1970s. It’s true that Jamila and her dancers were quite active at this time, and that the format itself sets a historic cut-off at 1978. But dancers who aren’t in the school sometimes describe their use of Jamila Format as “old school” or “vintage.” It’s so much more than that. These are classic belly dance steps that can be used in a vintage context, but they can also be used in contemporary-style performances. In fact, I’m sure you use many steps in the Jamila Format in your contemporary-style performances, like Basic Egyptian, 3/4 Shimmy, Arabic 2, and Choo Choo. (Please don’t say “Chooch.”) Let’s not fossilize the Jamila Format to one specific time and era, because it is so much more versatile than that.

5. You can do the Jamila Format without doing Suhaila Format

Well, technically, you can, but when you get to Level 2 it’s going to get difficult. And in Level 3, we play with mixing the two formats in what we lovingly call “Jamhaila.” Why is the program set up this way? The Suhaila Format is the technical foundation, which also include the fundamental terminology, nomenclature, and timing notation. We use this spoken and movement language to break down movements in the Jamila Format. If you don’t understand these elements, assimilating the Jamila Format movements into your mind and body is going to be far more difficult. The Salimpour School recommends that you take Suhaila Level 1 first, then Jamila Level 1, then SL2, then JL2, then SL3, then JL3. It will make far more sense, and you’ll be less overwhelmed as you progress through the levels. Hope to see you in one of our many workshops this year!

Want to check out the Jamila Salimpour Format? Try our online class subscription… your first 7 days are free! 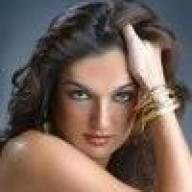